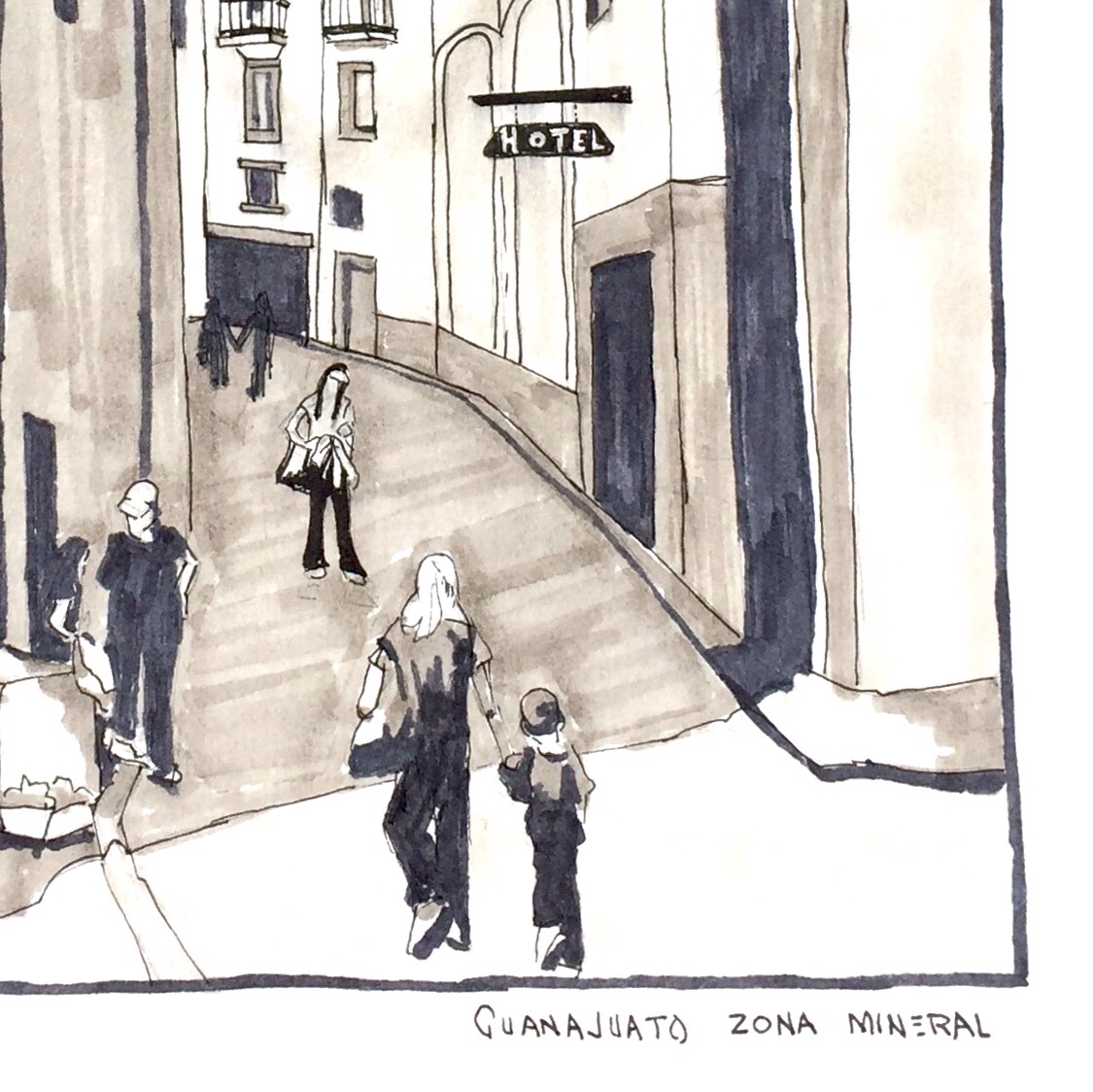 The narrow streets of Guanajuato invite exploration. Winding enticingly, they beckon me to see what is around the next bend. This street in in the neighborhood, Zona Mineral, the mineral zone. The mines are much farther up the mountain; I am not sure how this neighborhood got its name. Guanajuato mines still produce tons of silver and smaller amounts of gold. We came upon this street after visiting the Alhondiga de Granaditas. It is just up the street.

La Alhondiga de Granaditas was originally built as a granary, but only functioned about ten years in that capacity. It was the site of the original uprising led by Hidalgo for Mexican Independence on 28 September 1810. After the uprising, it went through many incarnations, before finally becoming a museum. Today one finds schools and streets named 28 Septiembre all over Mexico. 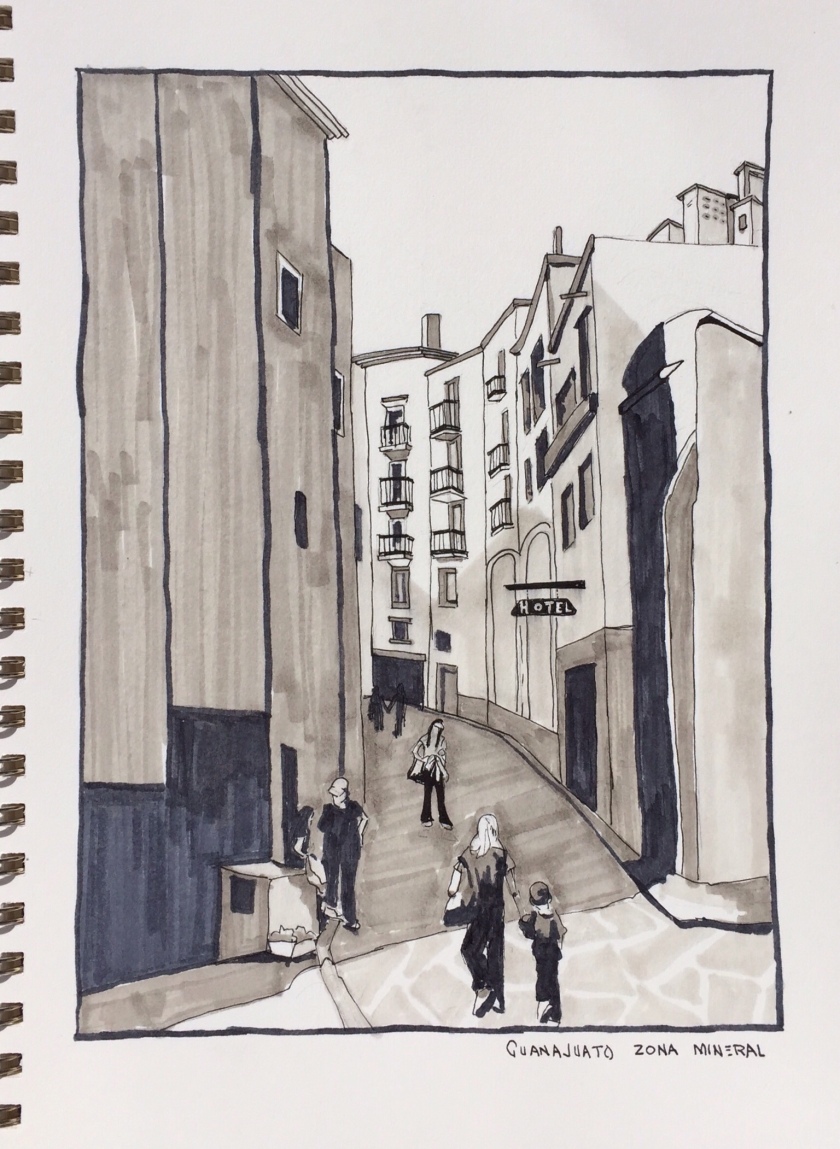